Hit enter to search or ESC to close

Now finally let me introduce our Picture Palace, if my memory serves me right it was a building with a tin roof 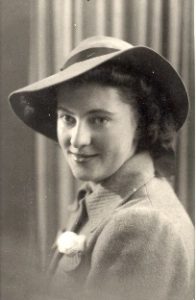 Editor’s Note:
Some of Mrs. Honor Weightman’s memories of a life in Burradon written down and kindly contributed by her daughter Lindsey. These memories have been split into seven separate parts because they have so much rich material in them. If you’d like to read the whole story you’ll need to read Burradon Memories Parts 1 to 7. They cover many aspects of life in Burradon and offer a fascinating insight into village life

Now finally, let me introduce our Picture Palace. I remember standing in a queue waiting for the door to open, my heart all a flutter at what I would see inside (so it must have been my first visit). The front three rows of seats were one old penny and the rest two old pennies. As I only had one old penny, I had to be very alert.

Once inside I sat behind Mrs. Gray and her son Jackie who were crunching on candy rock. I was wishing I had some. It was still silent pictures at this stage, with Mr. Cherry at the piano thumping out the appropriate sounds. Tinkle, tinkle for the lighter moments then boom, boom for the dramatic scenes. Not that any accompaniment was needed when Mrs. Gray was there. She would be yelling out to the actors telling them which direction to take and warning them of intended assassins: “Look oot hinny he’s a’hint ye!” or “Watch oot they’re a’hint the rocks” (a’hint meaning behind).

It must have been hilarious to any stranger visiting. When horses were galloping or cowboys chasing Indians, the excitement in the hall was electric. My heart would thump and I’d be yelling as loud as any one which would lead to a sleepless night. My poor Mam would be trying to calm me down with me begging her to put a knife in my coffin if I died so I could cut my way out if I wasn’t really dead.

If my memory serves me right it was a building with a tin roof. When it rained the noise was deafening. Then came the “big times”, the talkies arrived and the building became more posh with paint and plush seats. It was renamed The Lyric. Carr Robson was made manager and Mae (his wife) assisted. Mr. and Mrs. Wandless and Colin Hind made up the staff. Colin was the operator and it really depended on his mood whether things went smoothly.

If the film snapped, which it often did, Colin would have to fix it. During that break, feet would stamp and boos would resound, with Mr. Wandless running up and down yelling for quiet and patience. Then off it would go again. If Colin was in a hurry, it would race through and whistles would drown the voices of the actors but it was all part of a great night out. I’ll end with what even at 80 I still find funny mind you, they do say little things please little minds. I just wish I could do illustrations to show you how it was.

My friend Cathie and I used to take her brother Athol and my cousin Bobbie to the Saturday matinee. We had to sit them on our knees and they got in free. I can’t remember what was showing but it must have been very interesting. All of a sudden the lassie in front started yelling, I looked to see why. Athol had her by the pigtails and was dancing her up and down. Cathie was so engrossed she didn’t even notice. I said, “Cathy, look at him”. She leant forward and said to the girl, (still being bounced up and down by her hair) “don’t take any notice pet!”

Afterword
I’ll try to put into words exactly what I believe and hope it will be to someone’s benefit. Everyone should leave at least one thought behind. I believe and advise, “Always look for the best possible interpretation of people’s behaviour. Usually the faults we see in others are our own faults”

All Rights Reserved. The contents of this document may not be reproduced in any form without prior permission from the author ©. The memories included are a recollection of events and may not be fully accurate.